Neurofeedback is a type of biofeedback that uses electroencephalography (EEG) to provide a signal that can be used by a person to receive feedback about brain activity. The EEG signal is fed into computer software first then the feedback, usually a movie or music, is returned to the person being trained. This feedback loop can produce changes in brainwave activity. The process used to adjust brainwave activity is known as operant conditioning, which is a method where rewards for positive behavior increase learning capabilities.

The concept is fairly simple. The computer monitors your brainwaves while you watch a movie or listen to music. When deviations from normal brainwave activity occur, the computer triggers an audio or visual cue that alerts the patient that they are outside normal ranges. These cues are received by the brain, which subconsciously adjusts itself back to a normal pattern to make the cue stop. With enough repetition of this process, the brain eventually learns to stay in the normal ranges on its own without the computer. With the brain functioning normally on its own, symptoms of irregular brain activity will decline.

Training the brain using neurofeedback can change these brainwaves over time, adjusting them into normal, healthy ranges. It can improve alertness, attention, emotional regulation, behavior, cognitive function, and mental flexibility. When the brain moves back into normal ranges, users will often see a reduction in symptoms. 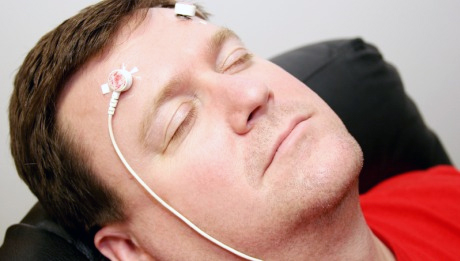 For over 40 years the accepted treatment for neurological symptoms has been the use of medications. However the disadvantages to medicating the brain are becoming more widely known. Side effects are common, and stopping the medication often results in a return of the symptoms. Patients are becoming increasingly frustrated with high cost medications that do not offer a long term resolution to their symptoms.

There are other ways to change the brain that are non-invasive and more natural. It’s no secret that the food you eat and exercise are all critical to brain function. But this is often not enough to alleviate more serious conditions.

Neurofeedback has emerged as a non-surgical, non-invasive option to medication. Continuing research is showing that neurofeedback is yielding positive results for many people with debilitating neurological symptoms. Neurofeedback has been shown to be incredibly powerful when done right with a licensed practitioner. There are many case studies of people who have changed their lives for the better using this new technology. Research has shown people of all ages seeing dramatic improvement in ADHD, anger, mood problems, anxiety, depression, migraines, seizures and more. Results like these have become too common to ignore.

Neurofeedback is not an instant process. It takes time for the brain to change and learn. Often many sessions are needed to see any results. But often, once clients are functioning better and have fewer symptoms, they can reduce their reliance on medication.

Neurofeedback has been proven to change the brain – to change timing in the brain. It’s published in scientific literature. It’s used by thousands of licensed health professionals around the world. It could be the most important new tool available for mental and neurological health.

HOW DOES NEUROFEEDBACK WORK?

Neurofeedback utilizes a non-invasive technique for monitoring brain activity. Small sensors are attached to specific areas of the head using paste. Our Neurointegration software records the brain waves and displays the data in real time. During this time the patient is watching a movie or listening to music. The software compares the incoming brainwaves to that of an optimal brainwave in the target range. If the brainwaves deviate from normal ranges, it triggers the audio or video to fade. The brain automatically detects this and refocuses itself back into the proper range. Training sessions usually last 30 minutes and this process is repeated hundreds of times per session.

The Brain Is A Learning Machine

Through operant conditioning, the brain is rewarded when the audio or video returns to normal. Eventually the brain learns to stay in the healthy ranges without the reward stimulus, and is able to sustain normal activity independent of the computer. This is achieved by reconnecting functional pathways in the brain.

Neurofeedback does not target any particular disorder. Its purpose is to change timing and activation patterns in the brain. This improves brain regulation, which can impact a variety of symptoms. Different symptoms will require triggering different areas of the brain. The software is designed to target specific areas of the brain according to a patient’s symptoms.

How Many Sessions Are Needed?

There is no magic number. Just as every person is unique, the number of sessions will vary according to each person. Noticeable results typically occur between the first and tenth session. In general 20 – 40 sessions are needed for the results to become permanent. Symptoms in some patients will resolve in a shorter time. Some require more training, some less. The goal is to complete enough sessions to ensure consistent and lasting benefits. A brain map can be generated at any time between sessions, so that you can visually see the progress your brain is making.

NeuroIntegration Training is the same as neurofeedback, but with some enhancements. Our system uses Photic stimulation technology to improve the neurofeedback process. The glasses help stimulate the brain and trigger the system more accurately. This results in a better session and can increase results.

Neurointegration Training and neurofeedback address problems of improper brain regulation, and helps your brain to regulate itself properly over time. Self-regulation is a necessary part of proper brain function.

How is Neurointegration Training Helpful?

Neurointegration training has one purpose: to change timing and activation patterns in the brain. It does not target any condition, but instead slowly guides your brain back to normal ranges, reconnecting the neural pathways that have been disconnected. The result is an improvement in brain regulation, which in turn impacts a variety of symptoms.

Could you explain more about brainwaves?

Your brain produces four primary types of brain waves: Beta, Alpha, Theta and Delta. Beta is primarily active during your awaken state, which is the majority of your day. Alpha has to do with your subconscious, and is dominant during relaxed states when your eyes are closed but you are not asleep. Theta is present briefly during the periods before you fall asleep and before you fully wake up. Delta is primarily active when you are asleep.

All of these brain waves are equally important to your health, and neurological disorders can be attributed to specific brain waves. For example, when you have brain irregularities caused by a head injury, your brain may have too much frontal theta or delta being produced when you are supposed to be awake and alert. By retraining these abnormal patterns in the affected areas, symptoms can be improved or eliminated.

How long does the training take?

We recommend 30 minutes sessions, administered two to four times a week. Some can benefit almost immediately while others may need a series of sessions to stabilize their brainwave activity. The number of total sessions depends on the type of problem, the age of the person, and many other factors. Depression will usually see results faster, while Autism can require significantly more time to see results.

How can I expect to feel after a session?

Depending on what frequency is being trained, clients generally report feeling more relaxed and focused after their sessions

Will the training last, or is it temporary?

Can neurofeedback help with ADD and ADHD?

Neurofeedback is intended for people with neurological and nervous system conditions. Here is a list of symptoms that are often shown in research studies to be clinically responsive to neurofeedback:

It’s important to note that Neurofeedback does not specifically target any disorder. Instead Neurofeedback changes timing and activation patterns in the brain. The goal is to slowly guide your brain back into normal, healthy ranges and reconnect neural pathways that have been disconnected. The result is an improvement in brain regulation, which in turn impacts a variety of symptoms.

Listed below is additional information for specific conditions. This information was gathered fromaboutneurofeedback.com. Additional research and comprehensive studies can be found at the website of the International Society for Neurofeedback and Research. 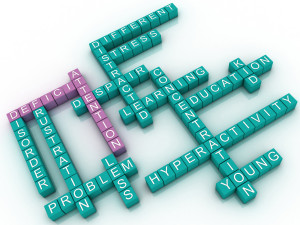 More kids and adults with ADD/ADHD are using neurofeedback than any other problem. Experienced clinicians estimate that at a minimum, they have significant impact with 80-85% of these patients who complete 30-40 training sessions. Is it the most commonly treated because it’s the easiest problem to deal with? Not really. ADD/ADHD is often many different symptoms rolled into one diagnosis. These must be sorted out as part of doing neurofeedback. There are some practical reasons that ADD/ADHD is the most common use for neurofeedback:

Many clinicians say generalized anxiety is one of the first symptoms to start responding to training. Significant improvements are typically estimated at 80-90% of people being trained. However, results also depend very much on what other disorders may exist. More complex cases that have multiple other problems may take more expertise and time to respond. We still expect that these more complex cases will respond to neurofeedback. However, they take more time, expertise, and clinical skills. That means not every clinician will achieve good results with these cases.

Autism, PDD, and RAD are the fastest growing areas of neurofeedback. The calming effects of neurofeedback produce noticeable results quickly in these severely-affected populations. Due to the extreme nature of Autism, significantly more time may be needed to see results.

For chronic pain, neurofeedback helps reduce pain or perhaps how the brain manages pain, even in severe cases.

Even for long-term, non-responsive depression cases, neurofeedback typically helps alleviate symptoms. It can also help reduce multiple medications, which is not uncommon. Depression and dysthymia are among the more common conditions neurofeedback helps. This is not to say it’s easy. Clinical skills are important. There is a variety of protocol options, depending on the comorbidities associated with the client.

Multiple peer-reviewed studies show a reduction in seizures that are non-responsive to medications and that the training effect holds. This literature is compelling in respected journals, and the clinical reports consistently reflect improvement. But for several reasons, including a lack of funding to educate physicians, the research is not well known. 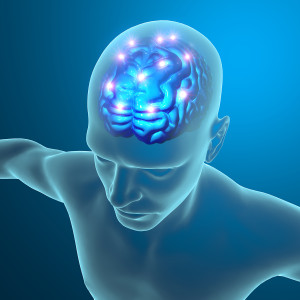 Over the last few years, two professionals in particular have published data about new brain training techniques they are using to target learning disabilities with qEEG. This was really big news for the field of neurofeedback. It’s common for reading, math and other problems to improve with neurofeedback and that is significantly helpful, but some clients could still have deficits after neurofeedback training. By adding in this new technique of coherence training, a fairly sophisticated component of training, several highly-reputed professionals are reporting more consistent improvements in dyslexia, reading and math deficits, and visual and auditory processing problems.

Therapists and doctors report that the frequency and intensity of migraines are often reduced and sometimes eliminated.

In one published study, neurofeedback was compared with a successful 12-step program for crack, cocaine, methamphetamine, and heroin users. Sustained abstinence was significantly greater (2 times or greater) with the group that also received neurofeedback training. Previous published studies show similar results for alcoholics. Substance abuse is an obvious form of poor self-regulation and self-medication.

Neuropsychologists have reported that improvement with TBI often occurs even many years after the injury and that neural plasticity still exists. Emotional and behavioral improvements are significant for this group.